The Fran Ramovš Institute of the Slovenian Language (ISJFR) is the central Slovenian institution engaged in systematic observation of and research on Slovenian in all its manifestations and across all periods. The institute conducts various research and produces seminal lexicographic works related to Slovenian.

The institute has produced or produces the following:

Authoritative language manuals are available at the institute’s web portal Fran, which serves as an entry point for browsing over thirty-nine dictionaries, four corpora, various databases, and two online language advisory services with questions and answers.

The institute also operates a specialized website called Terminologišče for specialists in various fields as well as anyone else interested in terminology. The website provides access to terminological dictionaries and the Terminological Language Advisory Service, which deals with specific terminological issues, especially naming issues. It is administered by a five-member editorial board.

Fran also has a junior counterpart: the school dictionary and grammar portal Franček, which is primarily intended for primary- and secondary-school students and their teachers. This portal combines lexicographical information (on meanings, synonyms, forms, dialect expressions, pronunciation, origin, and the first attestation of a word in Slovenian), grammatical information, and information on genre, normative rules, teaching materials, and the Language Advisory Service for Teachers. Šolski slovar slovenskega jezika (Slovenian School Dictionary) for students up to fifth grade is also being compiled specifically for this portal. 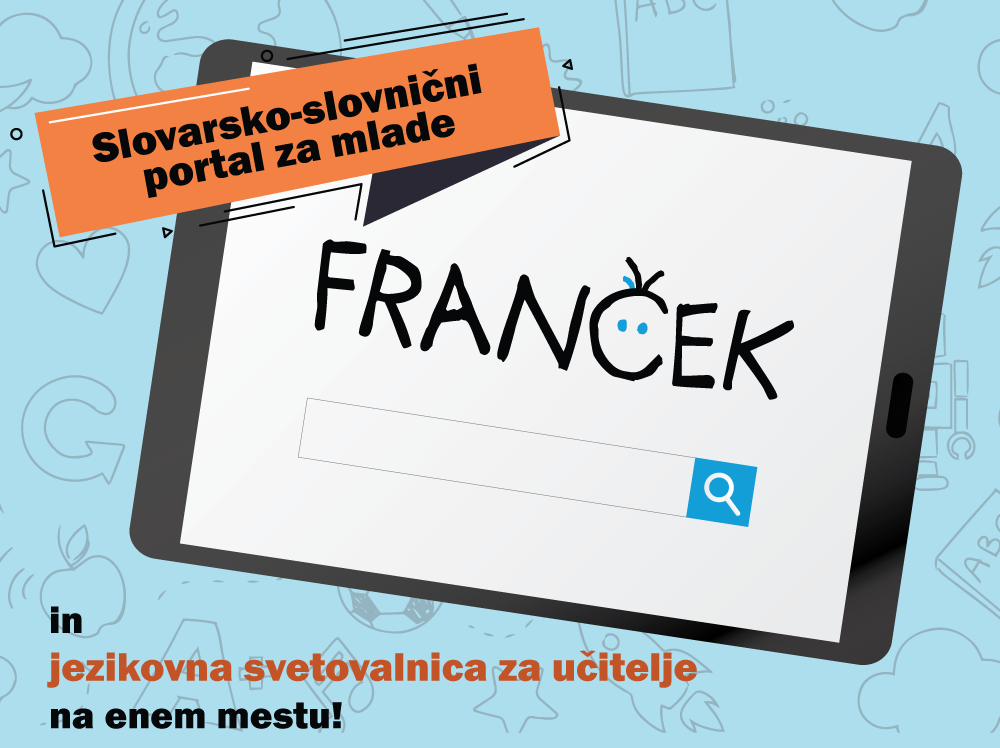 Since October 2018, the Fran Ramovš Institute of the Slovenian Language has been headed by Kozma Ahačič. The institute has two deputy heads: Nataša Gliha Komac and Janoš Ježovnik. Its secretary is Alenka Lap.

Along with the Language Technology Development Center (JeTRCe), a language laboratory, and a library, six sections operate at the institute: for lexicology, normative issues, terminology, dialectology, etymology and onomastics, and language history.

The Lexicology Section specializes in issues related to contemporary Slovenian and its lexicon. It is headed by Janoš Ježovnik.

The Normative Section examines the use, cultivation, and management of contemporary standard language and determining normative issues. It is headed by Helena Dobrovoljc.

The Terminology Section focuses on interdisciplinary research on Slovenian terminology. It is headed by Mojca Žagar Karer.

The Dialectology Section explores Slovenian dialects across the Slovenian language environment. It is headed by Karmen Kenda Jež.

The Language History Section studies standard Slovenian at the time when it was created and normative rules were established. It is headed by Andreja Legan Ravnikar.

The Etymology and Onomastics Section is dedicated to systematic and continuing research on the origin and etymology of the entire Slovenian lexicon. It is headed by Metka Furlan.

The Language Technology Development Center (JeTRCe) connects all the sections and focuses on the uniform setup of language resources, digitization, archiving, legal issues, and the development of tools for studying Slovenian. It is headed by Mateja Jemec Tomazin.

The language laboratory with state-of-the-art equipment for studio and field audio recordings and sound processing facilitates the exploration of spoken language. It is headed by Tanja Mirtič. 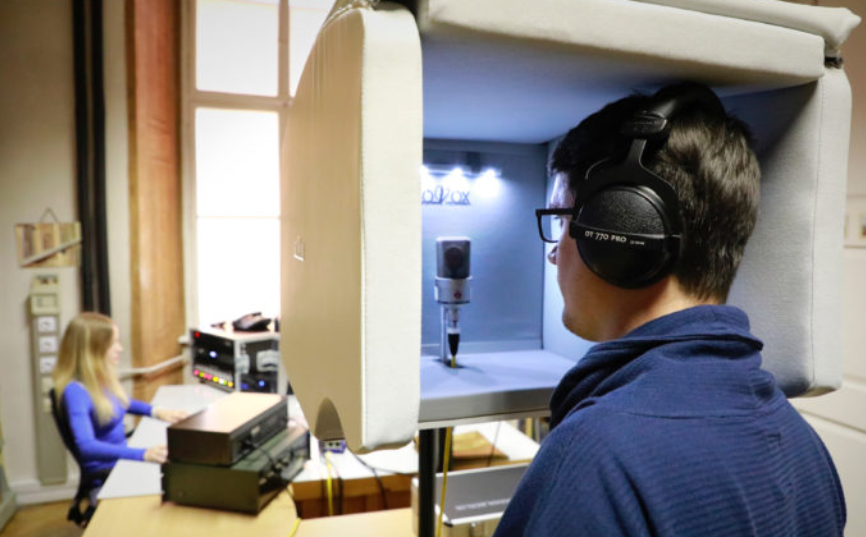 The institute’s library contains over 26,000 items, including all the works that served as source material for Slovar slovenskega knjižnega jezika (Standard Slovenian Dictionary) and a wide range of linguistics periodicals. It is managed by Alenka Porenta, an independent technical advisor.

Publications and Other Works

An Outline of the Institute’s History The institute’s beginnings are connected with the activities of Fran Ramovš, who, as the central academic figure in Slovenian linguistics and the main specialist and organizational force at the Slovenian Academy of Sciences and Arts (he was its secretary-general and chairman), fully applied his status and creative forces to ensure that seminal works on Slovenian started being systematically produced under the auspices of the academy.
It was to his credit that the tasks that the institute later performed—and still performs—were most frequently cited among the strongest arguments to found the academy. Among other things, the Slovenian linguistics program, which the academy’s founders sent to the Belgrade and Zagreb academies for consideration in the late 1920s, comprised over half of all its planned tasks.
The beginnings of the institute’s operation go back to late 1945. The academy acquired the legal basis for the establishment and operation of various scholarly and research units through the Provisional Decree on the Academy of Sciences and Arts in Ljubljana issued on September 6th, 1945, signed by Slovenian Prime Minister Boris Kidrič and Slovenian Minister of Education Ferdo Kozak. Thus, in line with this decree, on October 2nd, 1945, the working proposals were adopted at the general meeting of the academy, and the institute’s boards and committees were established for a standard Slovenian dictionary, linguistic atlas, topographic dictionary, dictionary of Slovenian surnames, and so on. Fran Ramovš already outlined the working plan for research on Slovenian on October 3rd, 1945, in the budget proposal for 1946. He then itemized, described, and substantiated this plan in detail in a letter to the minister of education of October 13th, 1945. Ramovš reported on the launch of Slovenian linguistics projects at the academy’s general meeting on December 21st, 1946. 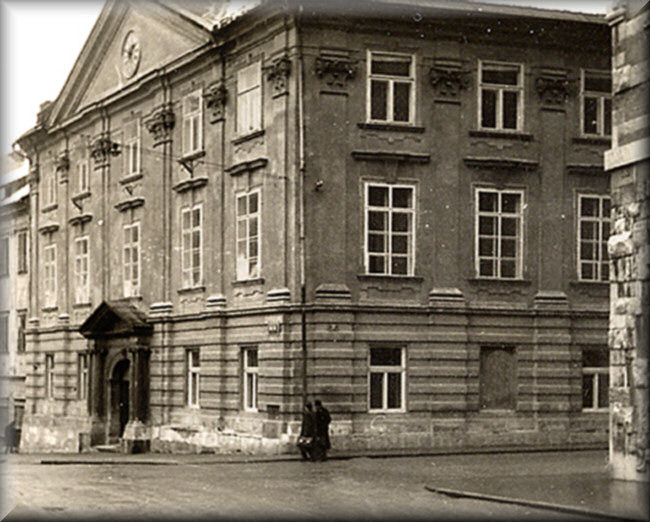 Since 1981, the institute has been operated under the aegis of the Slovenian Academy of Sciences and Arts Research Center (ZRC SAZU). A major part of its operations were initially divided into five sections (for lexicology, terminology, dialectology, language history, and etymology and onomastics). In 2001, these were joined by the Slovenian Corpus Laboratory, which operated until 2017, a normative section and the Language Technology Center connecting the sections in 2018, and a state-of-the-art language laboratory in 2020.

The sections carry out pure research on all areas of Slovenian, and their most prominent result is a wide variety of authoritative lexicographic works. An important milestone in the institute’s operation was the introduction of the Fran web portal in 2014, which allowed even better presentation of its dictionaries and research and at the same time connected the institute even more closely with Slovenian language users. The institute was among the pioneers of digital lexicography in Europe: a digitized version of SSKJ was released on floppy disks as early as 1997, and the BOS web portal of corpora, lexicons, and tools was launched in 2000.

The institute’s research methodology and its linguistic approach to lexicography are based on current linguistic research and international publications, effectively combining continuity and tradition with state-of-the-art research procedures. All of this contributes to the institute’s legacy and current status as the key center for research on Slovenian both in Slovenia and beyond.