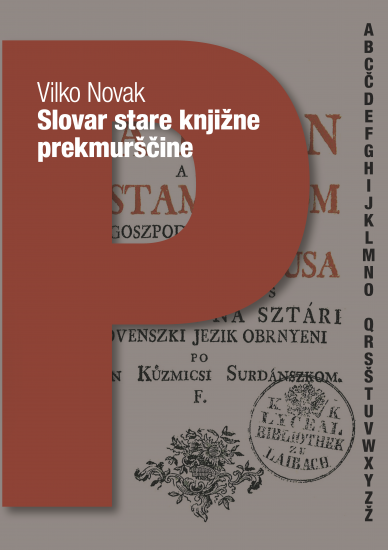 
The author of this dictionary ('The Dictionary of Old Written Language of Prekmurje') is Vilko Novak (1909–2003), ethnologist and slavist, a good expert of Prekmurje, its written and spoken language, its material and spiritual culture and life. Prekmurje (once named Slovenska krajina or Slovenska okroglina, inhabited by ogrski Slovenci) was politicaly separated from other Slovene territory which was the main reason for its special and different linguistic and cultural development. Prekmurje was incorporated in Hungary kingdom for 900 years while the neighbouring Slovene territory belonged to Austria.
The dictionary contains 14.880 entries and 2.407 subentries. It's based on 25 books written in the interval of 200 years (1715–1886) in the standard Slovenian language of Prekmurje. The most important book included is Nouvi zakon (The New Testament) of Števan Küzmič, the central person of Prekmurje protestantism. The themes of the other books included vary: from religion, education, reading, to language, history, ethnology. The catholic group of writers is also of great importance.
Contents of this edition are equal to the first edition from 2006.