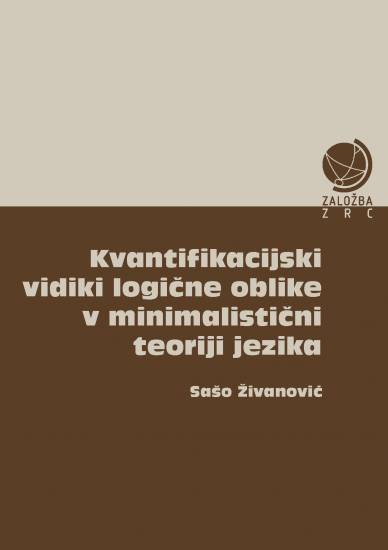 
The monograph ('Quantificational Aspects of Logical Form in Minimalist Program') argues that it is possible to view the Logical Form (LF) of the Minimalist Program and Semantic Form (SF), (implicitly) introduced by virtually all semantic theories, as identical. It does this by (i) defining language L*, a plural-logic extension of the first-order predicate logic, which is rich enough to express the meaning of English superlative determiner (SD) ‘most’, and (ii) constructing an isomorphism between LF and L*-encoded SF.
Empirically, the introduction of L* is supported by an original cross-linguistic prediction claiming that a language having an English-like SD also has a definite determiner (DD), like English ‘the’. The prediction is most strongly corroborated by Macedonian/Bulgarian, which is the only Slavic language having the DD.
The main features of the constructed isomorphism are the following. Variables of L* correspond to sequences of functional projections in head-complement relation. Predicates of L* correspond to (conceptual and) formal features of LF. Feature projection in LF is predication in L*. There are no explicit quantifiers in LF/L*: the scope of quantifiers is predictable from the occurrences of variables.
Finally, the monograph provides the syntactic/semantic analysis of a wide range of constructions, the emphasis being on superlative and comparative constructions, and focus.