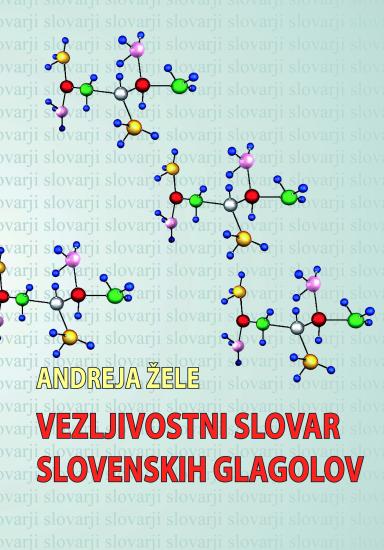 
The Dictionary of Slovenian Transitive Verbs is a monolingual explanatory dictionary designed to cater for the needs of a broad range of users; more demanding users will consult the dictionary in order to gain a better understanding of the transitive patterns of Slovenian transitive verbs, which will enable them to form and write stylistically as well as syntactically acceptable sentences and texts (these users will also most likely read the entire theoretical introduction and will at least briefly go through the general transitive patterns). Pupils and students, particularly those who are learning Slovene as a foreign language, will use the dictionary as an additional educational tool in the classroom together with their teachers. The dictionary can also be used as a manual of style providing valuable information on case agreement with a particular verbal meaning. Less demanding users will probably not move beyond informative legends that make search easier while the electronic version of the dictionary with various search options will only further facilitate the already practical and simple use of the dictionary.

As Slovene began to be taught more and more systematically as a foreign language, it was soon realized that the available bilingual dictionaries intended for Slovenes were inadequate in dealing with polysemous Slovenian lexemes; this meant that the transitive patterns dependent on a particular meaning of a given word were also not explained, nor was there any comment on the morphosyntactic features of individual lexemes. Consequently, foreign learners had hard time learning the language and some even publicly called for a dictionary of not only Slovenian verbs, but also nouns and adjectives.

The Dictionary of Slovenian Transitive Verbs consists of 2,591 dictionary entries – 2,061 headwords and 530 cross-references that direct the user to the headword/main entry –representing the most frequently used transitive verbs in Slovene taken from five basic semantic groups of verbs: stative verbs (of physical and mental states) with verbs of becoming; verbs of handling, control and creation; verbs of speaking, thinking and understanding; verbs of change and verbs of motion.

It is important to note that some of the most frequently used verbs in Slovene (and dictionary entries) – taken from the Dictionary of Standard Slovene – were cross-checked with other sources and that the semantic and morphosyntactic use of verbs was critically adapted to their present-day modern use.

Despite different lists, legends and three-coloured dictionary entry presentation allowing the users to select for themselves the type of information they need based on their interests and prior knowledge, the dictionary remains for now a pioneering work that will be even more user-friendly in the next phase of development, e.g. in the form of a handy school edition, yet the dictionary even in its present form presents various patterns of transitivity according to specific demands of different users.

Like any other pioneering work, the dictionary will in the next phase of development enable additions and upgrade, mostly in the sense of various editions for different purposes (primarily for teaching Slovene as a foreign language at various skill levels). It needs to be stressed that the dictionary will be published simultaneously in book and digital form; the digital form will come with an enclosed CD-ROM and will also enable the user to search the dictionary according to his or her particular needs.