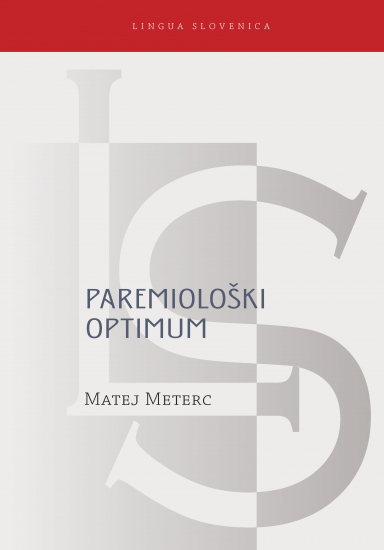 
The work presents the set of the 300 most well-known and most frequent proverbs, sayings and similar paremiological units in modern Slovene, its theoretical and methodological basis and also how it can be used in different phraseological and phraseographical tasks. The concept of the paremiological optimum was developed by Ďurčo and it combines the concept of the Permjakov’s paremiological minimum of the most well-known units with corpus-based and frequency-oriented analyses. 316 Slovene speakers were included in the sociolinguistic test and the top list of the 300 most well-known out of 918 units presented to them was additionally arranged according to their frequency in the FidaPLUS language corpus. Author presents different search procedures which he used in the language corpora. The paremiological optimum is modernized according to the most frequent form of each unit in the Gigafida language corpus. The comparative research of the Slovak and Slovene paremiology based on the paremiological optimum is presented in details. Author also describes how the data he gained can be used in the lexicography.